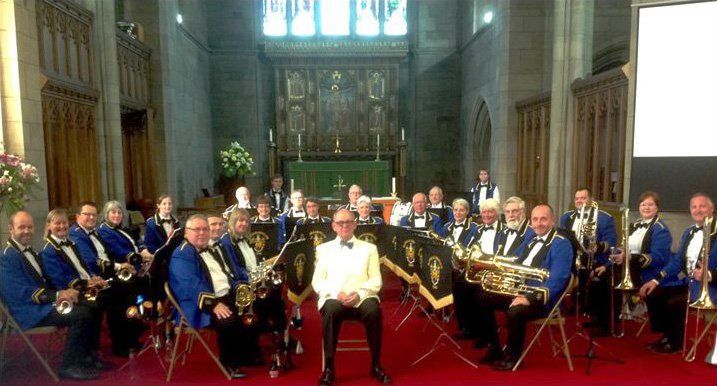 Enjoy our virtual performance put together by our very own Alex Smith.     Happy Christmas 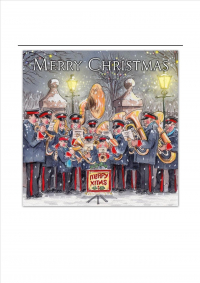 We would like on behalf of all the members of the Clifton and Lightcliffe wish you all a very Happy Christmas and a Peaceful and Prosperous New Year.  We sincerely hope that 2021 is much better than 2020 for all of us and we are able to perform our music again.

I have uploaded our Autumn 2020 Newsletter.  This is the 20th newletter I have produced and I hope you have enjoyed reading them all.  If you have any items of news you would like in the next publication do let me know.  Thanks for your support

Friday evening would have been our Band dinner and Awards evening however with the Covid we held these virtually.  It was organised by cornet player Kerry Lawrance who did a great job putting everything together.

We decided to call the event our International Awards Evening as we had friends join us from Spain, Italy and California which made it very special.

The evening started off with the first part of a short quiz then followed by some special  mock Oscar awards.

Since the lockdown the band has held a virtual quiz night on a Sunday evening and last week was our 20 one, an Oscar was awarded to the Johnston family for winning the most quizzes.

2nd award went to Pam Lumb for battling with the technology on a Sunday evening and she is now a Zoom expert.

3rd award was to Jane Clay for keeping the band together during this difficult time sending newsletters, texts and emails.

4th award to Stewart Swallow with his regular weekly playing support for the NHS carers.

And lastly, Alexander Smith with his excellent technical wizardry in putting together our virtual concert videos.

We then had the final round of the quiz and the results were; 3rd place the Crisp family, 2nd place the Smith family and 1st prize the Shaw family.  Each of the winners will receive a hamper.

The band awards were voted by the members and were awarded to:

A great evening and thanks from both bands to Kerry for putting this together.